In my last post, I reviewed the Tege Holsters Tactical OWB Paddle Holster (Glock 19, 19X, 23, 32, 44, 45 (Gen 1-5). From the moment I unboxed it, it impressed. Yes, there was one potential con I noted but until the holster can be put under a tough barrage of tactical scenerios, it scores high in the design and functionality of a tactical holster. In this blog, we have another of the impressive TEGE Holster products to review.

As with the Tactical OWB, the IWB concealed carry holsters are made of injection polymer. The lines are clean and smooth, both on the inside and outside with no sharp edges so commonly found on many Kydex made holsters. The injected polymer holsters are by design, marginally thicker than kydex but are much more rigid and consistent in their retention over time. Retention (the grip on the pistol made by the holster) is solid and rattle free. Adjustments can be made to the retention via the hex screw just in front of the trigger guard. There is a generous sight channel that should accommodate most height sights but I believe some of the suppressor height sights available will be too tall for this holster. The holster runs 3/4 of the length of the slide. If you have a red dot mounted to your pistol, you'll need to look to a different holster as it covers a section of the red dot plate area. There is a generous, full slide length sweat guard on the inside of the holster where the holster would be against your body or clothing. The sweat guard also acts as an abrasion buffer. The lack of a full sweat guard not only protects your firearm against the salty corrosive body sweat but also protects the side of your torso from "mid-drift slide serration rub". I have seen many images and scars to prove the point. 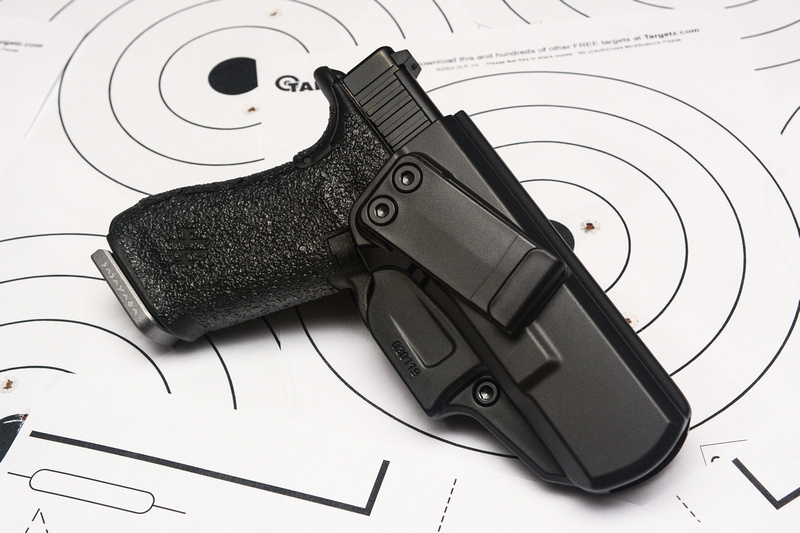 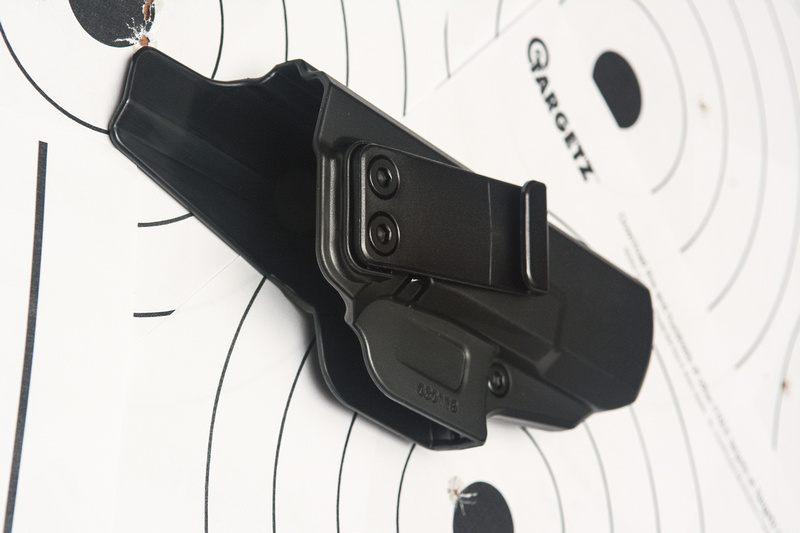 The belt clip or hook is attached by two hex screws and is made of the same polymer material as the holster. It fits over the outside of your pants and your belt sits in the cradle of the hook. When you draw your pistol, the hook on the belt clip is caught by the hook and the holster remains in place where you positioned it. I genuinely like the construction of the holster and the clip...however the is a downside to the belt clip. The cant or tilt of the holster is set in the forward position which is normal when wearing holsters at the 3 or 4 o'clock position, somewhere in the 15 degree area. Unfortunately there is no adjustment at the mounting points of the belt clip, it is fixed in the one position. It is a like it or lump it kind of deal. 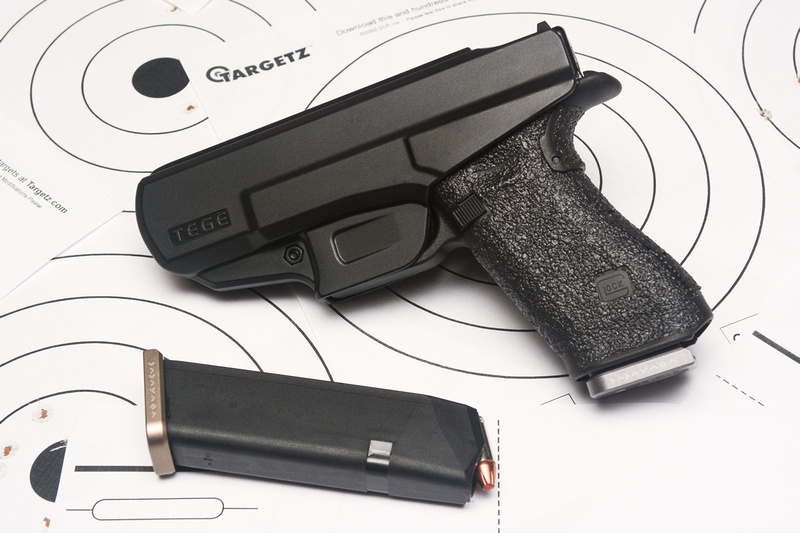 You can find the TEGE Holsters IWB Concealed Carry Holster for the Glock 43 and 43X HERE through our Amazon affiliate link.

Their product line of injected polymer IWB (Inside Waist Band), OWB (Outside Waist Band), IWB leather holsters and magazine holders cater to a number of different makes and models of pistols. Their pricing is very competitive when compared to so much of the holster market out there. 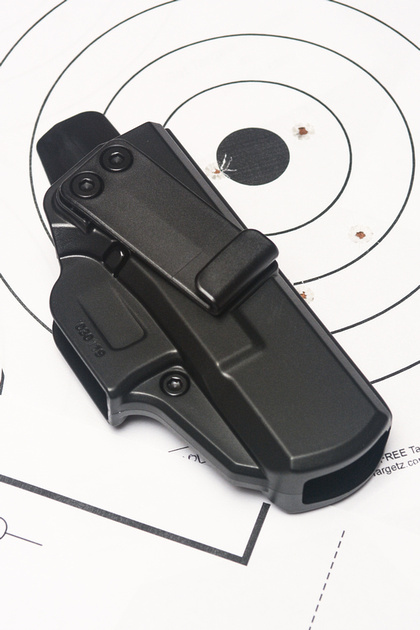 Overall, the TEGE IWB Concealment holster does exactly what it's supposed to and with positive results. For an inexpensive holster, it clearly performs above it's price bracket. There are a lot of holsters out there that cost a lot more than the TEGE but ultimately disappoint big time, I know...I've bought a few ! If you can accept the lack of cant adjustment, you should give this holster a try, you won't be disappointed.